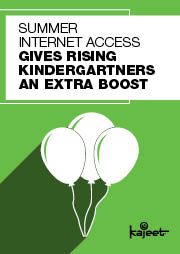 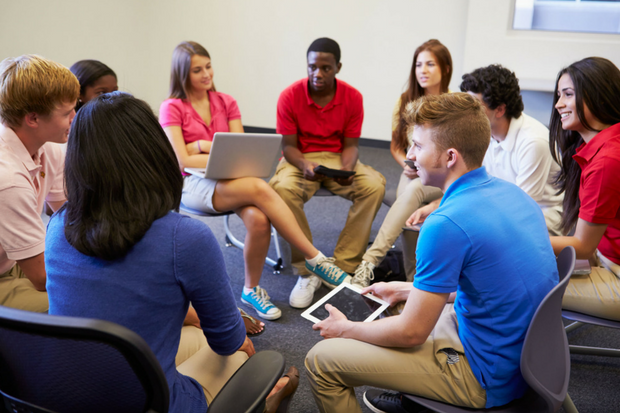 In 2014 Springfield Public Schools, Missouri’s largest school district, welcomed a new superintendent with a passion for innovative education, Dr. John Jungmann. Springfield Public Schools serve 25,000 students (54 percent of whom qualify for free and reduced lunch) at 54 sites. Jungmann visited them all on a learning and listening tour and came back determined to improve the quality of technology available in the district.

Dr. Nichole Lemmon, director of blended learning, and Bruce Douglas, director of IT, were tasked with creating the IGNiTE Program, a 1:1 initiative designed to make use of the latest technology to provide engaging, personalized learning to all students.

A Revolution in Teaching and Learning

The goal of the IGNiTE Program is to revolutionize learning by helping teachers rethink the way they educate and integrate technology into their classrooms and lesson plans.

“A lot of districts implement 1:1 without any plan for students who don’t have Internet at home,” Lemmon says.

Determined that no students should have to find transportation to a coffee shop or other public place with Wi-Fi just to complete their assignments, Lemmon and the IGNiTE team reviewed the results of a BrightBytes survey to estimate the need for at-home Internet. When they discovered that 12 percent, or roughly 2,200 students, didn’t have adequate access, the team knew that 1:1 was only part of the solution. They had to find a way to provide not only devices to all students but also Internet access to those who lacked it.

Lemmon, who was a high school teacher herself for 12 years, knew that guaranteeing access for all would be essential for gaining teacher commitment for integrating technology into their curricula.

“It’s hard to convince a teacher to shift instruction and do all the work it takes to blend their teaching methods if they don’t feel like students can do the same work outside of school.”

While searching for a solution, Douglas was introduced to Kajeet through CDW-G. He and Lemmon felt that the Kajeet SmartSpot® one-button control, price point plus the Sentinel® cloud portal filtering made it a perfect fit for the IGNiTE Program.

Springfield had enough funds available to provide low-cost Chromebooks and Kajeet SmartSpots to students, but they weren’t sure if the Chromebooks would be robust enough to meet students’ needs.

To find out, Springfield Public Schools did something few districts do—they formed a focus group. Sixty-six Chromebooks and 20 SmartSpots were distributed to students participating in a pilot group at Hillcrest High School. Over the following four Fridays, IGNiTE team members and the students met over pizza to discuss the devices and troubleshoot any problems.

“We had literally zero problems with [the SmartSpots] right out of the box. When you're working with kids that's important."

The reports from teachers and parents were equally enthusiastic. Teachers reported that the devices allowed them to stay connected to students, even those who missed a day of class, while giving them the flexibility to make lessons more engaging and creative. Parents and administrators appreciated the CIPA-compliant filtering the Smartspots provided and their ability to ensure their children were safe online.

With the results of the focus group in hand, Springfield was ready to initiate the IGNiTE Program district-wide.

Rolling Out at Record Speed

To date Springfield Public Schools has deployed 20,000 Chromebooks and 850 Kajeet Smartspots, and they aren’t finished yet. In just over 12 months, they are two-thirds of the way through their three-year plan designed to get a Chromebook and Internet access into the hands of all students in 3rd through 12th grade.

The IGNiTE Program has tried to make taking a SmartSpot home as easy as possible. Any student, regardless of income, can check a SmartSpot out of the library provided they have a parent’s signature—that is, if a SmartSpot is available. Currently, there are 50 to 60 students on the waiting list. The district plans to order more SmartSpots, but in the meantime, Kajeet’s data use monitoring allows program administrators to ensure that the students who have SmartSpots are actually using them. If data usage falls below a predetermined threshold, the devices are collected and redistributed to students who are waiting to receive them.

The SmartSpots aren’t taking a break in the summer months either. The district has more than tripled its summer school program over the past three years, and last year nearly 2,000 students took an online summer course. As a result, more than 100 Kajeet SmartSpots are handed out to students during the summer.

Quality and Value That’s “Far and Above The Others”

While other hotspot options were considered initially, Lemmon says none could compare with Kajeet.

“The quality we got from the Kajeet SmartSpots is far and above the others. Not only that, the data controls allow us to say, ‘we’re not giving people unlimited Internet access.’ This is not the same as the Internet you buy for your home.”

As with any new initiative, there are a few logistical challenges. Because the SmartSpots are capable of bringing eight devices online simultaneously, only one is needed even in a home with multiple students. However, an outdated library system makes it difficult to ensure that only one student per household is going home with a SmartSpot. The district is currently working to replace the old software to address this problem.

According to Douglas, one of the biggest misconceptions people have about what they’re doing is that it must be highly expensive. On the contrary, he says, when the entire rollout is complete, it will only be 1 percent of the operating budget.

“As a public educational institution, fiscal responsibility is very important to us. We want to be good stewards of the public’s money.We’re actually going to be under the threshold we would have been at with a MacBook Air and no Internet."

And increasingly, Lemmon notes, Internet access is essential to our lives. This truth was evident when an independent student who worked a 40-hour week to support himself stood before the Springfield School Board at a meeting in November of 2015 and explained what access to a device and the Internet had meant to him.

“It was hard to keep ahold of everything school related and work related,” he said. “Without the Chromebook and Kajeet I wouldn’t have passed. If all goes as planned, I’ll graduate in December.”

Board members brushed away tears after hearing of the impact that access to technology has had on this hardworking student’s life.

“We live in a world where Internet access is a basic necessity now,“says Lemmon. “I like to say, ‘Health, hunger, hygiene, shelter and Internet.’ I don’t know how we can expect our students to live in a global world without it.”