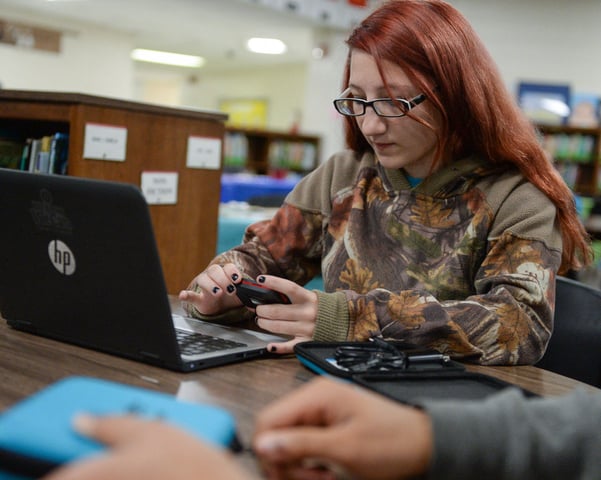 Cesar Beltran spent part of the Thanksgiving holiday doing homework online, which is something that was impossible for him a month ago.

The sixth-grade Oak Park Middle School student is part of a group piloting devices designed to make sure every student in Decatur City Schools has access to the internet at home.

“We were able to track the amount of time they used the devices, and all reached their data limit,” Rains said. 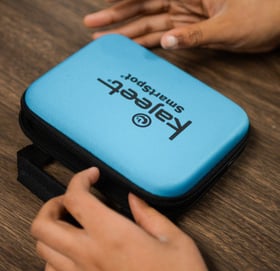 For Beltran, the device will be life-changing. He said he was struggling in language arts because he didn’t have access to the internet to do his homework online. Beltran said he also didn’t have transportation to get to the public library or make it to school for the early morning and after-school programs.

Oak Park students Alicia Mason and MaryAnn Peoples also used the device while out of school for Thanksgiving.

“I was able to finish a lot of things and get caught up on classwork,” Peoples said. “I don’t have bad grades, but my goal is to be an honor-roll student. This is definitely going to help.”

Mason, who is already an honors student, said the device works faster than the internet at school and has given her access to academic programs she didn’t have time to view during school hours.

“I’m so excited,” the eighth-grader said.

Rains said students have limited access and what they view is filtered through the school district’s server. She said they can’t watch YouTube videos or view social media sites.

She said Decatur City Schools is using $13,000 in general fund money to pilot the program. She said the devices cost about $45 each and are available for students to check out. The monthly service fee is determined by how much data students use. Rains said students can access WiFi only from 6 a.m. until 11 p.m.

Decatur City Schools provides all of its middle school students with laptop computers, but students may also use their devices to access the internet.

A little more than a year ago, an 11-member committee introduced a digital conversion plan that would eliminate textbooks, but give Decatur students around-the-clock access to the classroom through the internet.

The school system piloted a program that would turn school buses into moving internet hubs, but this would have meant leaving unsecured buses parked throughout the city.

To make the digital conversion plan work, however, Rains said it’s imperative for the school system to make sure every student has access to the internet. Trying to make Decatur a WiFi city may be too costly, she said.

Peoples said she hopes Decatur City Schools finds a way to keep the devices after the pilot phase ends. Before she checked out one of the devices, she said her only internet access after school hours was at the public library.

“It’s good to be able to do my schoolwork whenever I want,” Peoples said.

“We push a lot of technology in schools and should,” he said. “But there are a lot of our students who don’t have access to the technology at home.”